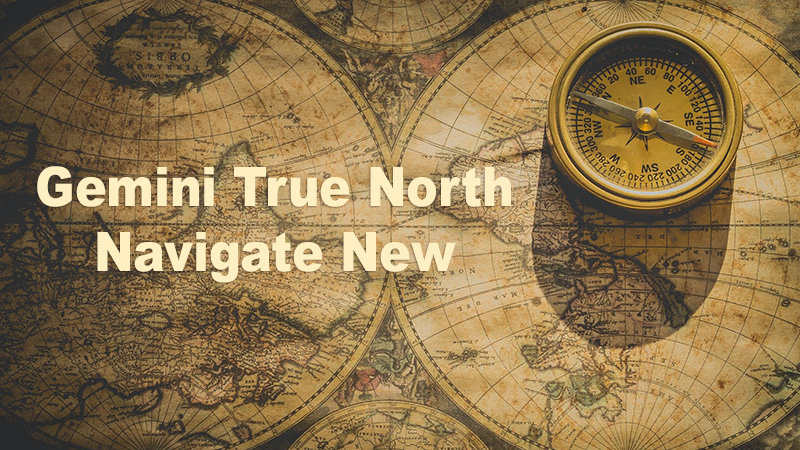 This year we navigate challenging life currents that require new personal and collective strengths, innovation, and balance. Luckily, we have cosmic navigational assistance to help us understand the nature of the underlying themes which can guide us to new frontiers. One of the most important astrological changes in a year already filled with epic shifts, is the change in alignment of the moon’s nodal axis points – which form a sort of evolutionary compass. The new nodal compass points reflect and impact us for the next 18 months, through January of 2022, so let’s take a closer look at the nature and themes of this shift, and its dramatic activation by the full moon lunar eclipse on June 5, 2020.

As the moon moves on its orbital path around the earth, which is called its ecliptic, it transits retrograde (anti-clockwise) around the zodiac wheel, shifting its north/south nodes, which are opposite points on the zodiac wheel, every 18.6 months and returning to each placement every 18.6 years. Our previous nodal axis points, from June 2018 until May 2020, were Cancer/Capricorn. The current nodal axis shift into Gemini (north) and Sagittarius (south) began on May 5, 2020 and will last until January 20, 2022.

The north node in the axis pair symbolizes future direction, while the south node represents elements of the past that must be released, transformed, or harmonized. A shift in nodal polarity calls forth and reflects a major shift in the energy and activity of the times. Paying attention to nodal axis themes in our own lives during these times can provide information and guidance.

Our present global crisis began under the lunar nodal paring of Cancer in the north (home, security, nurturing) and Capricorn in the south (authority, law, hierarchy).We have lived through an unprecedented loss of personal freedoms, while the authorities of government and law struggled with how to revise outdated systems and build new ones to address epic issues with balance (Capricorn). The positive outcomes, however, were often in areas of home, self and family, as people strengthened bonds and learned new ways to nurture themselves and their loved ones (Cancer).

The shift into Gemini/Sagittarius on May 5 opened the portal to a time of unprecedented movement, discovery and transformation. Both Gemini and Sagittarius are mutable signs, denoting flexibility and motion; both Gemini’s air and Sagittarius’ fire are all about upward movement. Gemini traditionally is seen to represent the everyday life and the activity of the waking mind, while Sagittarius reflects bigger picture events and the higher mind. But notice that it’s all in motion – everything on the table now.

Before reviewing crucial themes, let’s take a look at planetary influences of the axis signs. Gemini is ruled in traditional astrology by Mercury, the messenger, god of communication, language, ideas, negotiation, and speedy movements. In Esoteric astrology, Gemini is ruled by Venus, goddess of love, abundance, and values. Both of these planets are in play currently, Venus being retrograde in Gemini and in close placement to the Sun in Gemini. Sagittarius is ruled by Jupiter in traditional astrology – planet of expansion and growth, and by Earth in Esoteric astrology. All of the planetary associations combine to render this axis pair especially potent for our evolution.

One of the most critical themes now involves how we use the ever-growing mass of information and data to determine the Truth. Both Gemini and Sagittarius involve thinking. Gemini reasoning focuses on facts, data, exploration and new ideas while Sagittarius wisdom relies more on authorities, teachers or recognized knowledge, absolute “truth” from venerated sources. The tension between the two points indicates that it’s time to question what is true and real, to take care when presented facts and to be flexible enough to literally change our minds about what’s going on. Clever, sometimes facile Gemini can energize innovative breakthroughs or on the downside, false reports and scams. Deciding which is which means learning to listen – another Gemini talent. We can trust our inner compass, that “little voice” we ignore at our peril, and resist the old urges to buy an idea, product, or service based on past narratives or beliefs.

Related to the theme of thinking about what is true is an ongoing questioning and repositioning of our values and beliefs. Here we also see the influence of Venus, in a reflective retrograde position in the sign of our destiny north node, Gemini. The current world situation has forced us to reconsider what we value: love and compassion, money, freedom, justice. The Sagittarius south node asks us to seek wisdom, not just ideas, and to aim high. But we are confronted with a world where old beliefs and values, and the behaviors associated with them are either ineffective or causing difficulty. So we need to work our Gemini /Jupiter/ Venus alchemy to sort, rethink, and innovate. Where we can use a model from the past, or renovate it, that’s good. Where we can’t, we need to be able to let go and just try something new. Our values and beliefs are foundational, working below the level of everyday consciousness, so we need to be aware the immense instability and fear these shifts trigger in our mental, emotional and physical bodies.

The intensity of this period on earth cannot be overstated. As we have noted, the combination of massively discordant or new data, the loss of trusted pathways and restrictions on personal and collective freedoms has caused emotional imbalances which impact behavior. The lunar nodal points both drive movement, but they also can be seen to teach a lesson of discernment and the need for thoughtful action from a calm center. We can use our heart center (Venus) to help balance between the lower (Gemini) and higher (Sagittarius) mind. We can develop and use our intuition to process all that incoming data without the external noise. Things may not be as they seem (information and truth) and we may be reacting to external data from older internal processing systems (values and beliefs) so if we are aware of the impact on our emotions, we can steer a steadier course.

The lunar eclipse on June 5, 2020 occurs when the nodal axis points are exact, and combine with tense aspects to Mars and Neptune, to activate the full power of the Gemini/Sagittarius themes. This eclipse also kicks off a season of transformative lunar and solar eclipses that help propel us into a new world.

The full moon will illuminate and highlight any and all of the themes of our new compass, and we can be sure of an emotional effect. This eclipse provides us with an opportunity to use the power to launch our own voyage of discovery, using the intense light to see and the compass to steer. We should take special care with fiery thoughts and emotions: the moon is in Sagittarius (mutable fire), influenced by fiery Mars, and opposing a somewhat volatile Sun in airy Gemini. We may feel the urge to make huge changes, all at once, all urgent! Grounding into the Earth, bathing in cool water, tuning into the peaceful energies of our heart center, or just connecting with nature or animals can be very helpful now. Take time to decide what action to take or words to say. These currents will carry us for quite some time.

If we enjoy the eclipse activation energy from a place of peace, and honor our feelings. we can get enormous value – ideas, insights and energy to use right now. This is a true cosmic launch, an evolutionary accelerator. I look forward to connecting with you as we move along on this exciting voyage!

The Power of Retrogrades

The Art of Framing
Scroll to top